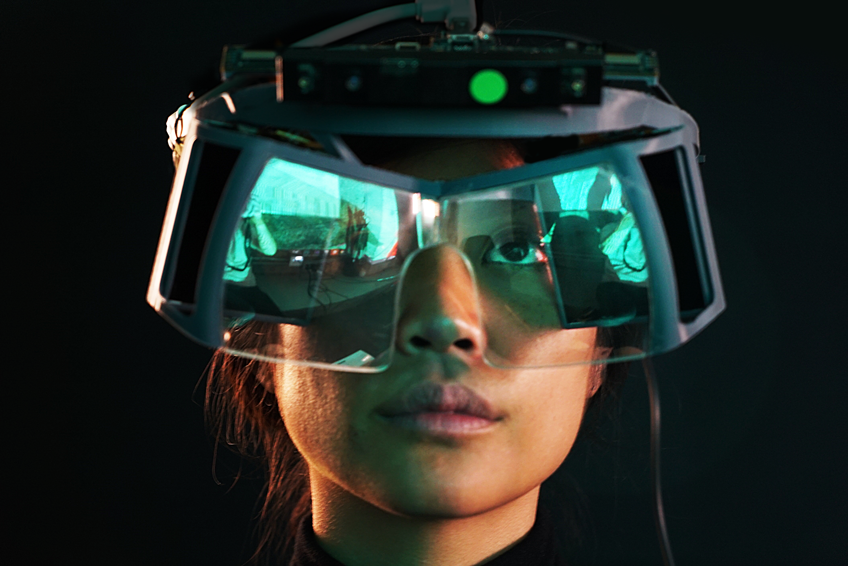 Leap Motion is best known for giving you the power to reach into virtual reality with your bare hands using their flagship VR mount (like in Think F.A.S.T. - a stroke spotting VR app we made. Shameless plug). They're making news again but this time it's a very promising look at what AR could offer.

This promising look comes in the form of an AR headset they are working on called Project North Star. While we've seen glimpses of AR headsets from other companies in the past, this one is probably the most interesting. And while it's still very early in development, they seem to have a solid plan.

At the beginning of development the headset was big and kind of made you look like Megazord (which maybe isn't a bad thing). 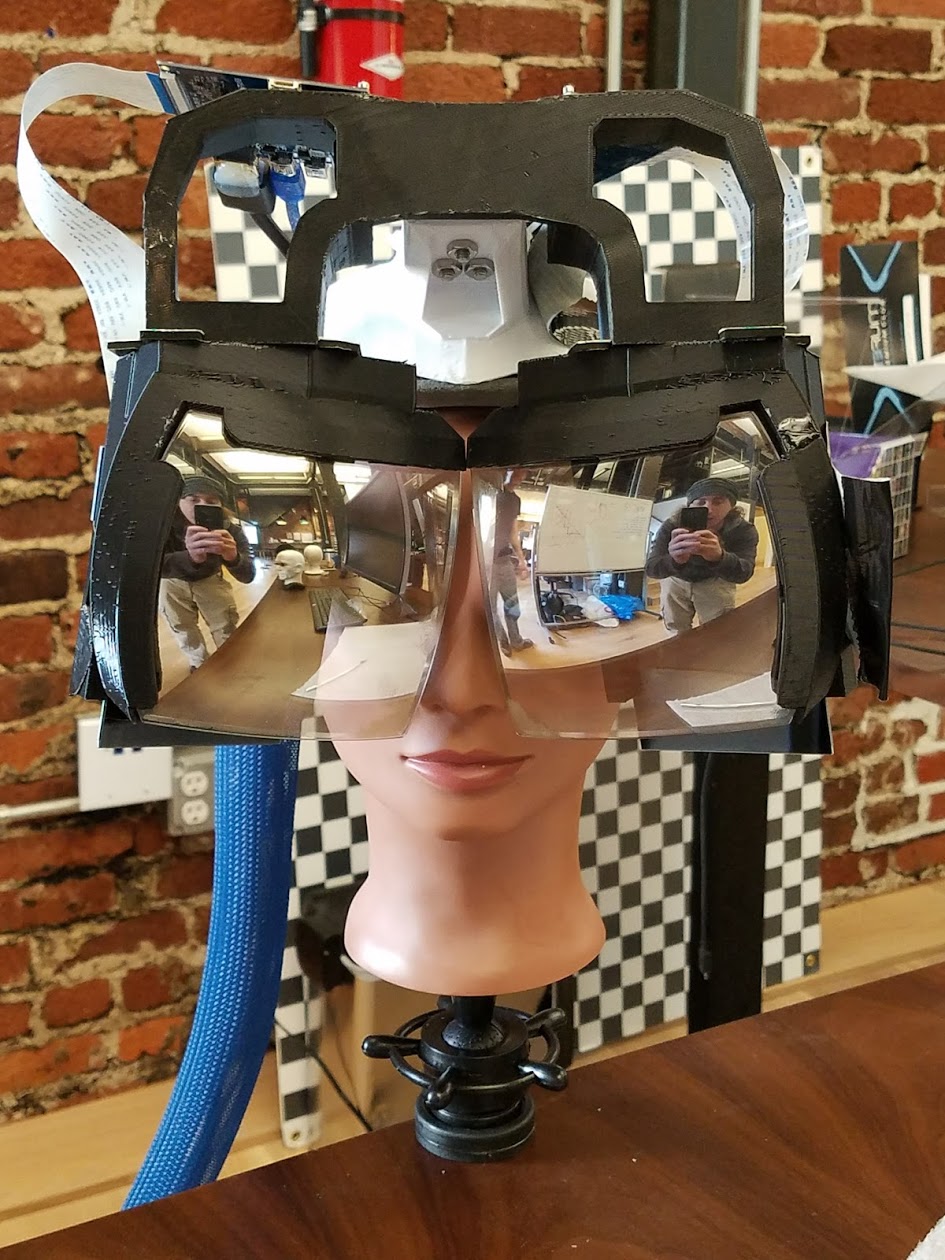 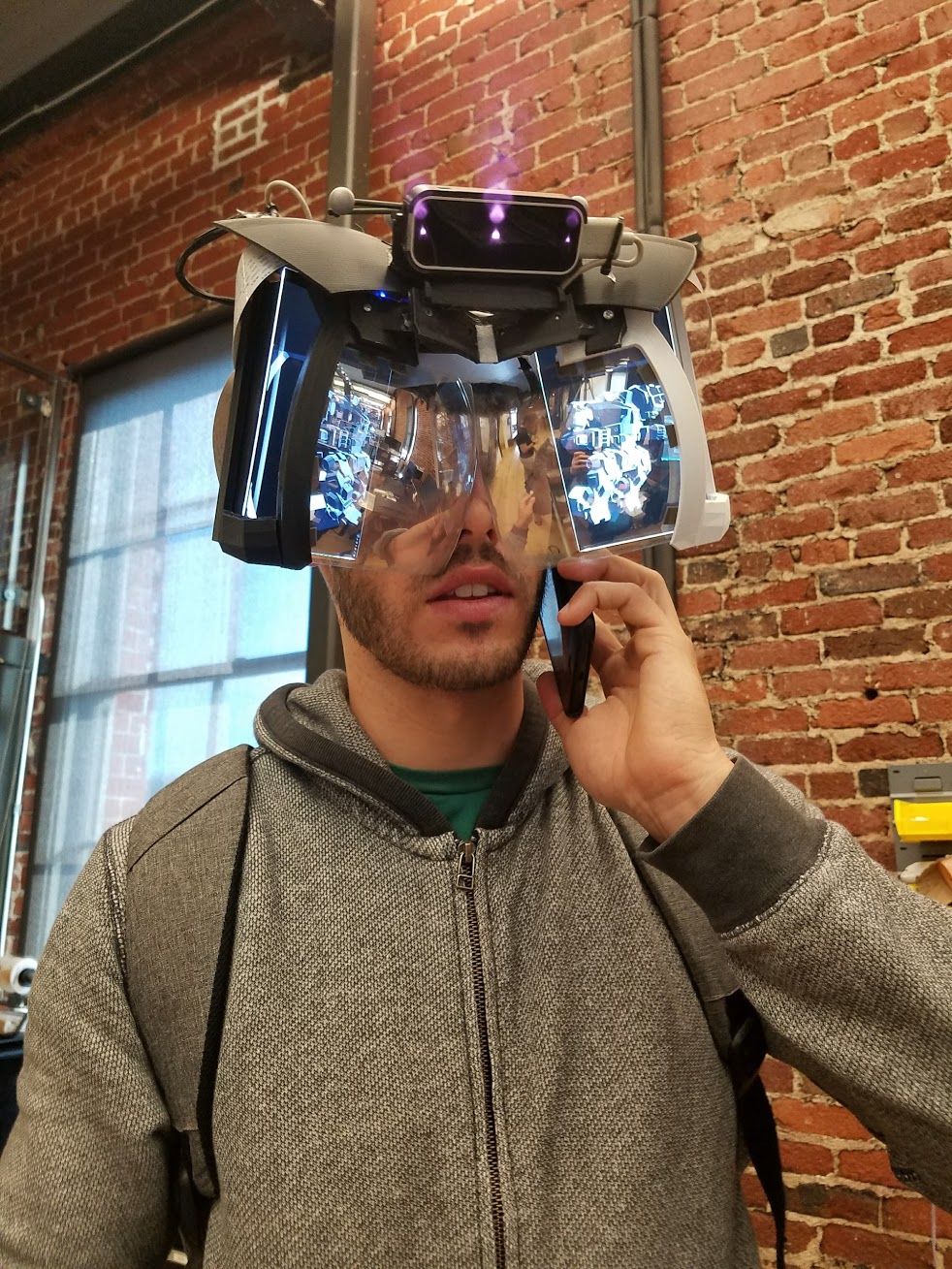 The headset started as an amalgamation of 5.5" phone displays being reflected to your eyes with curved reflector lenses, a hand tracking camera adorning the crown, ribbon cords and probably a bunch of tape and glue keeping it all together. They ended up working their way down from that to make something less cumbersome and more practical.=

[...] we wanted to create something with the highest possible technical specifications, and then work our way down until we had something that struck a balance between performance and form-factor.

It's great to hear Leap Motion approaching Project North Star this way. This means they know what they are capable of and can manage something more consumer aimed. They're not working at the peak of their understanding or pushing the limits to the threshold. They are making something more practical that requires less development. This also cuts down on the amount of issues to work out, though make no mistake, there's still a lot that needs to be done. And they're doing it.

These are some impressive specs. Not to mention, as excited as I am for the future of truly seemless AR, in order to have that you need a truly seamless way to interact with the AR world. Leap Motions hand tracking accomplishes that.

The headset will also be made open-source with the current build. Leap Motion are looking to make something that really has a positive effect on the future of AR and our lives.

More than anything, this project is a great glimpse into what AR can offer and may very well be the star we follow into the future.

Please check out the original post on Leap Motion's blog by David Holz for the whole story and moe pictures and video.

Want to know more about the differences between AR and VR? Check out our Virtual vs Augmented post.